If weird psychedelic noir is your thing, or you haven’t experienced it before, then put down the bug powder, shoot your wife in the head, and take a hit of the motherload! 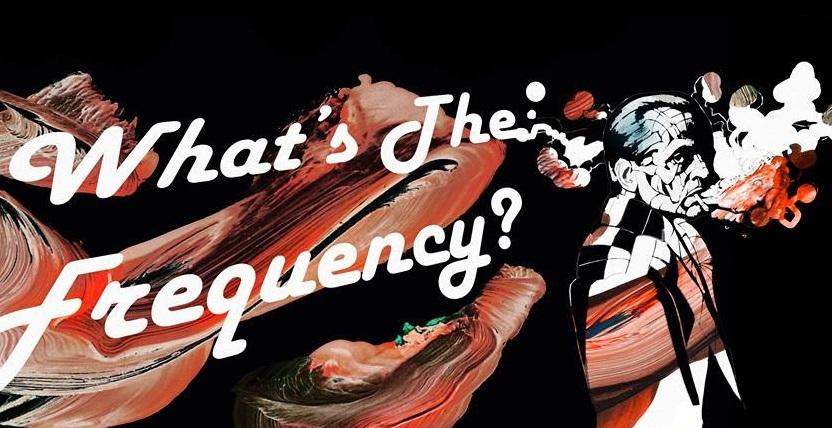 As I say, you’ll either love it or hate it. For a point of reference, let’s compare it to Twin Peaks. If you are one of the latter then this show is most probably not for you. In fact I would just forget what you’ve seen here and be on your merry way. For those of you that conform to the ‘like’ category, I would ask “how much do you like it?” because to be fair the analogy I’m using here is a little off, because What’s The Frequency? is more akin to Lynch’s first work, ‘Eraserhead’. Twin Peaks was a jolly jaunt through a strange town whilst high on marijuana, where ‘Eraserhead’ is more akin to being trapped in the infinite loop of a nightmarish heroin overdose.

From the start, this show goes straight for the jugular. No setting up of pretense here.

What starts as a struggle between the mob, the police, and a private investigator over a ledger providing proof of police bribery, soon escalates into something darker, more esoteric. A struggle for a power that doesn’t belong in the hands of mere mortals, yet here they are, fighting over said power. As far as the plot goes, that’s all you’re going to get from me. I wouldn’t want to spoil your tumble down this kaleidoscopic rabbit hole, so let’s move on to the style.

Imagine listening to a 1940’s private eye radio drama complete with commercials, as it was back in the day. If you’ve explored these ancient recordings to any degree then you will instantly recognise the format, although the adverts here are wonderfully sarcastic. Now imagine a reel-to-reel recording sent, accidentally of course, to the home of William S. Burroughs, who took a machete to it, mailed it to his future ghost-self, who then reassembled it with a nail gun, and attempted to play it on an mp3 player. The result, a terrifying version of words that pays homage to the radio shows of the era, and the Beat Generation. With a tongue pushed firmly into its cheek, and syringes still dangling from it’s pockmarked arms, it not only serves as a reflection of the era, but gives it a 21st century kick in the… 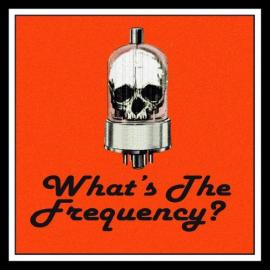 Most of the time it’s a perfect balance between the delivery of the story and the craziness that punctuates it, but there are a few occasions when the train just can’t seem to get back on the rails to conclude an episode, leaving me to drift off into disappointment. It’s like the darkness has taken over. The handy jolt that brings you back out of the hole to reveal the conclusion in the stalled plot has been forever lost, and you’re left spiraling the plughole until the end of the episode. I must say I’m glad that I waited until the first season was released before listening, because with a month between episodes, I feel I would have given up on it, and to give up on this story would be unforgivable.

WTF? has picked up a slew of awards from the audio drama community, and rightly so. I have been waiting for someone to push the boundaries beyond the expected norms for a while now. Not to necessarily slap the listeners in the face as it were, (although they do), but rather to question the humdrum horror/ sci-fi/ comedy/ sitcom carousel of the indie drama world. I’m not saying the indie drama scene is lacking excitement, there are plenty of amazing shows to be found in these genres, but it feels to me that rather than creating something new and exciting, many new artists out there are just using the tried and tested templates and riding the coattails, rather than striding out on their own path; and if you want to get noticed in this fast growing medium, this is something you are going to need to do.

The acting here is great on all sides, although the casting of Karim Kronfli as Walter Mix seems a little odd to me. A 1940’s PI in LA this voice is not, I would say he’s more suited to a Sherlock Holmes or a Dick Barton than a Sam Spade or Philip Marlow. It’s not enough to take me out of the story, and the dynamic between Troubles and Whit is brilliant as you would expect from these veterans, but it’s just a little niggle, a little itch behind the ear that gets the occasional subconscious scratch.

Kudos to Oliva, Danner, and the rest of the team for this refreshing piece of art. I’m looking forward to more.

If weird psychedelic noir is your thing, or you haven’t experienced it before, then put down the bug powder, shoot your wife in the head, and take a hit of the motherload!

Dōhai is Co-Founder, contributor and podcast lover for Podern Times. Author of Diary of a Madman season 2, and busy dreaming of other tales to tell. View all posts by Dōhai

This site uses Akismet to reduce spam. Learn how your comment data is processed.